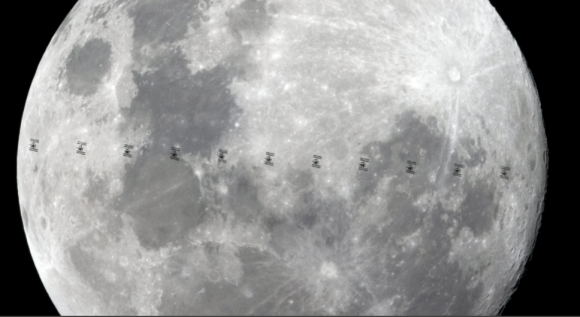 Image is taken from @iangriffin who posted on twitter his photograph of the international space station passing in front of the moon https://twitter.com/iangriffin/status/1161751329192071168?s=20

The phone was blinking at her. She had 3 missed calls. All the same number. It was the home ringing again. She listened to the messages with a frown on her face. Then logged on to check her emails. Yes, as expected there was the email from the home manager. A big long list of an email. Designed to make her worry. There’d been an incident. Paramedics might have been called out. The police may have been involved. The staff had been up all night. Sam was in hospital or may be she wasn’t. Either way she needed to be immediately moved, she couldn’t stay here. It was all very muddled. She took a breath, sat back and calmly logged the concerns on the social care record then went to find her manager.

She’d joined the social work team 6 months earlier. She felt like she’d found her social work spiritual home within days of arriving, delighting in the passion, pace and lively debates going on around her about case law, ethics and rights based practice. She knew her manager would be with her in tackling this head on. She was right. “Go see for yourself and let’s sort this out”

She found Sam in her bed room, hiding under a blanket. Sam had kicked off last night explained the home’s manager. She was impossible. They only ran light touch cover on a night. They couldn’t manage her on these hours. She needs 2 to 1 at all times and you don’t fund us for anything like that. Unless you up our hours we are serving notice. Things in the room were all over the place, several smashed on the floor. Sam looked up, subdued, big bags under her eyes. She was crying. “I just wanted to see the space station”.

Sam slowly sat up a little further from under her blanket. This was her specialist subject. The social worker looked around and started to notice there were small signs in the room of a love of space. Books by Brian Cox and posters of Brian Cox were everywhere, mini plastic figures of rocket ships and moons filled every shelf space. Star wars and star trek DVDs, currently scattered all over the floor. Sam clearly loved space.

Over the next few hours, and 3 cups of tea, the story of the night unfolded. Sam watched everything space related she could get access to. She loved the moon and the planets and the stars and stories she heard through her TV about them. She was very much in love with Brian Cox. Her hero. One day she was going to meet him. It would be at the National Space Centre. And he would take her to see a rocket launch to the International Space Station which would be in Russia. Using the app on her phone, she tracked the International Space Station. Last night a very rare event was due to happen. The ISS would pass in front of a full moon. This was the most exciting thing Sam had ever known in her life. She was going to see it with her own eyes.

Sam had planned carefully. She had planned to be up on the flat bit of the roof of the care home when the ISS went passed. She was going to take a selfie with her phone of her on the roof with the ISS passing by the moon. It would be glorious.

Sam, however, had not factored into her plans the reaction of her support workers. They had been very cross with her. They had been disinterested, too busy to talk to her about her plan to see the ISS and the moon. They had dismissed her interest in space as a childlike obsession. So it had come as a surprise to them when she had appeared in the staff office at 10pm dressed in warm clothes ready to climb onto the roof. They had objected. Told her no. And it had escalated from there. Sam was devastated. She hated it here.

The care home manager was not for budging. She is a risk to my staff. She can not stay here unless you increase my hours. The social worker thanked her for her time and said she’d be back in touch once she’d spoken to her manager.

Back in the office she had a determined look on her face. She was getting Sam out of there. Who did they think they were. Let Sam see the space station! She made a few phone calls and found what she was after. Options.

The visit to the housing scheme was set up within just 2 days. It went well. They linked up with the local arts organisations. There was a load going on they told Sam. Loads of stuff to get involved with. The local gig buddies did an introduction night matching people with similar interests. They didn’t know Brian Cox, but they did have another Brian in the group who was also really into space. The move was agreed. Sam was out of there and into her own flat within 2 weeks. The social worker knew she shouldn’t have enjoyed quite as much as she did the look on the care home manager’s face when Sam told her she was leaving to live in her own flat.

Sam and Brian it turned out were soul mates. Gig buddies who matched from day 1, they were inseparable. Brian proposed to Sam in the middle of the planetarium of the National Space Centre. The wedding is planned for next summer. They have chosen a date when the International Space Station is due to pass in front of the moon. 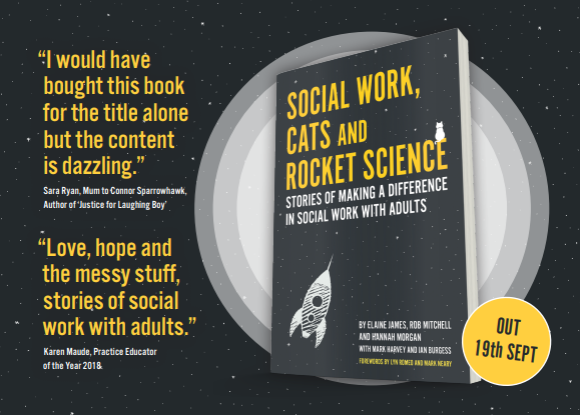