Spotted in another thought provoking blog was a reminder of context for the the call for lives to be rightful:

In a debate on “Hospital and Patient Welfare” in the House of Commons in 1964, the MP for Abertillery the Rt Hon Rev Llewellyn Williams despite declaring himself suspicious of the new patient organisations as a potential refuge for “chronic bellyachers”, he does however go on to state:

“What concerns me is the question of human relationships. This is the nub of the matter. In the post-war period we have witnessed incredible medical technological advances. Surgical skill seems to go from one new wonderful discovery to greater discovery still. We have discovered drugs which are indeed miracle-working. One would wish that there were a comparable advance in human relationships”

Heartbreaking to think – this stuff is really not new….

Gaze back further to 1913 and you will find Josiah Wedgewood arguing that “our object.. is to secure justice for everybody” (campaigning against the draconian Mental Retardation Act).

Look further back still and you can trace the origins of how people societally judged as being of “unsound mind” are treated back to Magna Carta. The earliest version of Clause 39 was recorded in the so-called `Unknown Charter’ in the early months of 1215. “King John grants that he is not to arrest a man without judgment, nor to take anything for justice, nor to perpetrate injustice.”

Look forwards to more modern times and you will find the right to speedy access to justice for people who are detained by the state, deprived of their right to liberty, and who are judged to be of “unsound mind” encoded into Article 5 of the European Convention on Human Rights to which the UK is a signatory. There are positive obligations on agents of the state such as social workers to uphold the Safeguards of liberty.

However, Art5 ECHR is procedural. The heart of soul of rights based approaches are grounded in Art8, the right to a private and family life. Which is why Neary vs LB Hillingdon 2011 is arguably the most important piece of English adult case law. It is certainly more important than the acid test 2014 Supreme Court Ruling. It established the principle that Steven has a right to a private and family life like any other human being. To consider any other position due to his autism/Learning disability was held to be inherently discriminatory and a breach of his inalienable humanity.

We need more historians to curate our past if we are to create our imagined futures. Perhaps then we will integrate the learning into our world view and experience a world filled with colour, life and sparkle with the inherent dignity of all human beings celebrated for its very diversity. 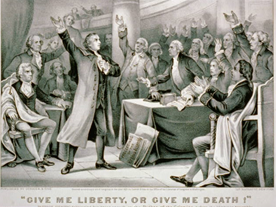